Archives for the month April 2018 of Genesis8 Amstrad Page

After Oldschool is beautiful and his video serie about programmation, Zisquier is doing the same thing (french inside).

The latest Amstrad CPC demo by Condense : PhX has been released at the Revision 2018 meeting (Allemagne).

Code is by NoRecess, art by CED, audio by Factor6, trackloader by Arnoldemu. It was programmed over a period of 5 years.

I have received the same email than Markus Hohmann as he announced it on Facebook.

So Alan Michael Sugar is asking to remove all ROMs of the Amstrad CPC firmware for a copyright reason as an Amstrad CPC mini will see the light later this year.

I was waiting for such a beast, but I didnt think about possible consequences. Though I will respect what he is asking as I have never wanted to put illegal programs on this web site.

1Kusai by Shinra is an Amstrad CPC 1Kb intro released at the Forever 2018.

The source code of 1Kusai is available.

So, the idea was to fit Hokusai's The Great Wave off Kanagawa in 1K.

I worked from an SVG file and removed a lot of details until it would fit the allocated space (packed with zx7). Eventually it ended up too small after some late minute changes to the code which improved the compression. Oh well.

The SVG was converted to bezier curves using NanoSVG, then a custom Lua script to convert the usual bezier curves definitions into a form more suitable for computation. Normally a Bezier curve is defined by X and Y equations which look like this :

So in this form we need only 3 multiplications.

The computations are done using CPC firmware which provides neat floating point math support. I compute 256 points along each curve (this could be adjusted to less points for faster drawing, at the cost of slightly less smooth curves) and draw lines between them. Then the system FILL routine is used to fill the closed shapes.

The sound of waves and thunder you can hear is just the Y or X coordinate (I don't remember, whichever sounded best) sent to the AY noise register (again using the CPC firmware, because this is the most space efficient way). I tried to write some music using the free bytes left but did not manage to do anything very convincing. Next time I'll try to spend more effort on the sound side.

Seascape CPC by Devilmarkus was released at the Revision 2018 demo party.

Onescreen Colonies by Vanity was released at the Revision 2018 demo party.

Isometrikum by Vanity got the first place at the oldschool demo competition of the Revision 2018 demo party.

Athanor 2 - the legend of the birdmen by Eric Safar is now available for 30 € (plus 2 for postage). First boxes were sold to the happy ones present at the AC 2018.

Novabug presents his personal top 11 of the Amstrad CPC games of 2017.

Metr81 is back on youtube after one year away, this time with an complete HD video of Prince of Persia by Jordan Mechner who found back the sources of the game in 2012.

An interesting reading of Baba's Palace by Rafael Castillo and McKlain that I invite you to read. 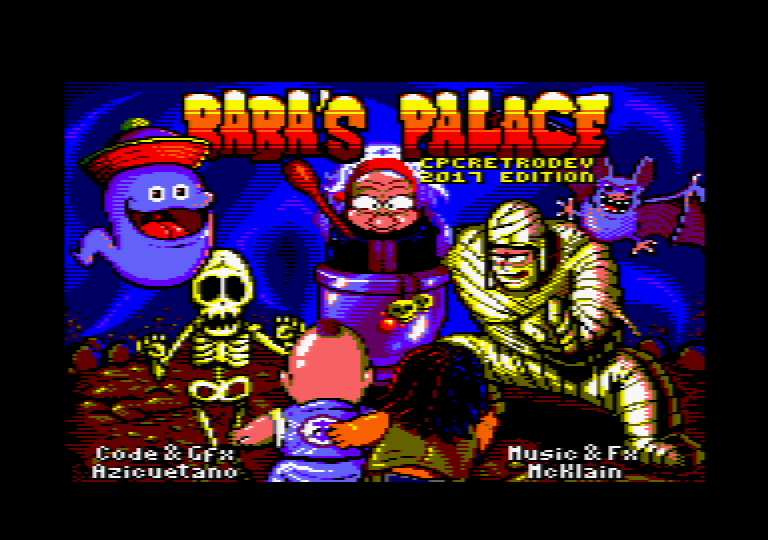 4mhz has announced a new Amstrad CPC game : Lady Phoenix (see also IndiedRetroNews). It's a shoot them up game with nice graphics by Sad1942 and music by McKlain on Soundcloud.

4mhz has announced a new Amstrad CPC game : Malasombra (see also IndiedRetroNews). It's a platform game with graphics by LordFredPixel and music by McKlain on Soundcloud (menu music). 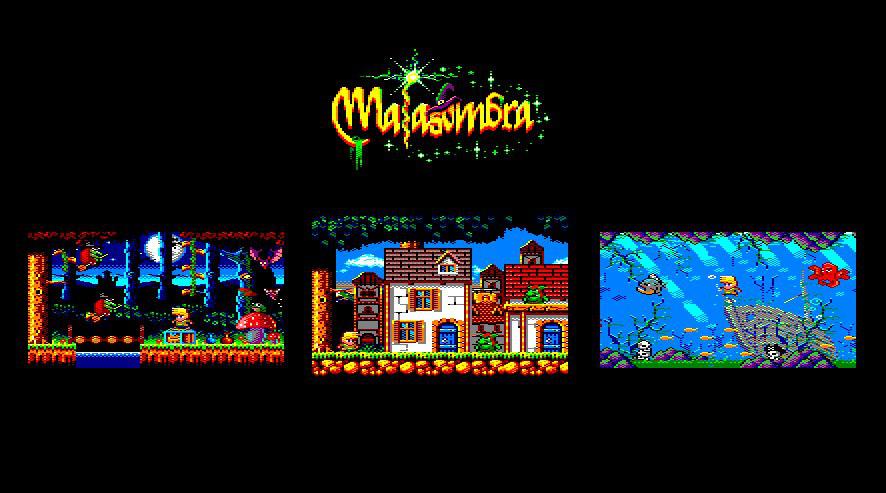 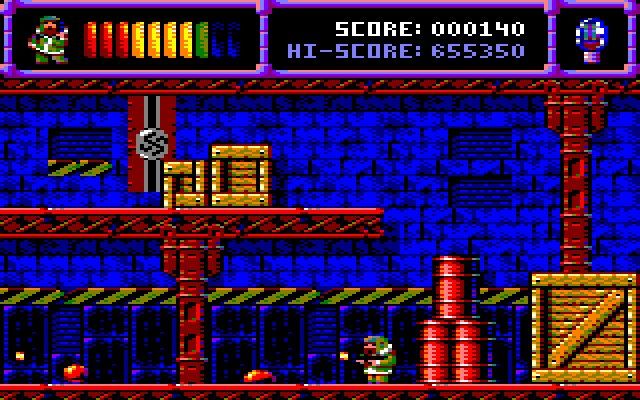 The Amstrad CPC demo phX by Condense has been released a few days ago and now its source code is available.

Captain Space Debris is an Amiga original music written by Markus Kaarlonen, which was adapted on Amstrad CPC by BSC for the demo Digital Orgasm by Prodatron. So Vincent GR mixed both of them but even if there is a Youtube video of the mix, he prefers that you listen to the soundcloud version due to audio and video compression.

Piko Interactive just released on Steam nine games including the Great Escape (Ocean Software in 1986) and Elf which was released two years ago on Amstrad CPC. Actual prices will be valid only for the first week.

The first issue of 2018 of the Kilobyte Magazine is available online. It's about 8bit computers, without Amstrad CPC specific content. You can also download the PDF version on Google Drive.

Caprice Forever v2018-04 by Frédéric Coste is a modified version of the Caprice emulator (by Ulrich Doewich) for windows.

iMPdos Public Edition v1.17 by AST/iMPACT is available, a ROM for using the X-Mass extension card made by Toto. It must be installed as ROM 1 to 6, before the ROM 7 ! When the ROM is installed, iMPdos detects the X-Mass and format it. Dont forget to use the |hlp command for documentation.

Doragasu started a project in January 2017 about a ROM board interface with DMA transfert. The project is now a reality :

Arcade Game Designer v0.6 is a windows x64 utility by Jonathan Cauldwell to write games for Timex/Next, ZX Spectrum and Amstrad CPC, without any knowing of programmation. It also exist directly on these platforms.

There is a forum about AGD.

I saw on Amstrad.ES that Tomas Penalver wrote El Concurso (adventure game). This time still in 2017, he also wrote a platform game : Try to run away.