ACE v1.25 by Offset is available. It is available in french, english, germand and spanish (thanks to the translators). New features since v1.24 are :

A SDK exists if you want to program your own plugin for the ACE emulator.

Ikonsgr is already the author of two expansion cards for Amstrad CPC:

He just released a new expansion card : multi purpose board : 512K RAM Expansion/32x Rom board/256K Ram+2X Rom board (a complement to his II) with the following features :

You can see two videos of demonstration (the first one being already showned below) :

The original Amstrad notepad NC100 emulator was written by Russell Marks. He just released a new version : v1.3 whose main features are :

You can of course use the native ROM of a notepad or use ZCN also by Russell Marks at v1.3 (with a fix if you use the format command). It should also be possible to use CP/Mish by David Given thanks to the NC200 floppy drive emulation.

These last years several expansions allows you to use mass storage (USB or sd...) on Amstrad CPC, each needing a ROM to use it correctly.

And if you use two of these expansions, you will need to load two ROMs, so less RAM for your Amstrad CPC.

So Offset did write UniDOS and drivers to be able to use another expansion, needing only one ROM with features being the same whatever the expansion. Unidos can manage actually :

Offset also wrote UniDOS Cartridge Creator (v1.4) which is an utility to create Amstrad Plus cartridges equipped with a patched firmware which allows to add UniDOS and its DOS nodes. You can furthermore configure up to 30 additional tool ROMs (such as Utopia, Maxam, Protext..) in the cartridges (compatible with ParaDOS and Burnin' Rubber) without requiring a real ROM board. The tool also let you automatically download the latest UniDOS ROMs from the official web site.

mTCP v2022-07-01 by Michael B. Brutman is a set of TCP/IP applications for personal computers running PC-DOS, MS-DOS, FreeDOS, and other flavors of DOS. mTCP needs a 8088 processor (or +),96KB to 256KB of system memory depending on the application, ms-dos v2.1 (or +) and a network card (Ethernet adapter, or a device emulating Ethernet) that has a "packet driver".

I will be present at this meeting.

Amtix issue 4 by Fusion Retro Books was released at the end of June 2022.

I am just 3 years late to announce this graphical adventure game by Blerkotron : Unhallowed which has a good note in the issue 56 of CAAD (spanish zine about adventure games).

It’s Halloween and you’re on your way home from work, tired and hungry and wanting nothing more than to put your feet up in front of the TV. But something dark and evil lurks within your home, waiting for you to return...

Unhallowed is a classic text-adventure game with a few twists to make it more palatable for modern players.

Longshot has released version 1.2 of the Amstrad CPC CRTC Compendium (July 2022) which is a documentation about the CRTC 6845 (and some others circuits). Note that the CRTC is a generic component used in several computers including the IBM PC.

Pulpo Corrosivo has released Debrise for the Amstrad CPC, a 4 Kb demo for the anniversary of Hicks. The code was written by Toms, music by Targhan and graphics by Barjack.

Zorro is a platform game written in 1985 by James Software LTD (édited by U.S. Gold) on Amstrad CPC.

On OursoN Retrogames's youtube channel, Kukulcan is showing a speedun in 16 minutes and 26 seconds on Zorro.

You can read and see the renovation of an Amstrad CPC 464 by Frédéric Bellaiche.

If there is a Twitter account you should follow, it's Ian Scott who is working on a clone of the mythic sound card Gravis Ultra Sound with a Pico of the Raspberry foundation. Give some love to your Amstrad PC XT/AT ! Otherwise you can try to buy a real one, but you will have to sell your house first. For more informations you can go to Vogons.

After Eric Cubizolle (Titan) who made several superb new loading screens for Amstrad CPC game, it's the turn for Alexandre Nauguet who made this beautiful loading screen for the game Tank by Choice Software in 1987 (edited by Ocean Software), the original screen is the following : 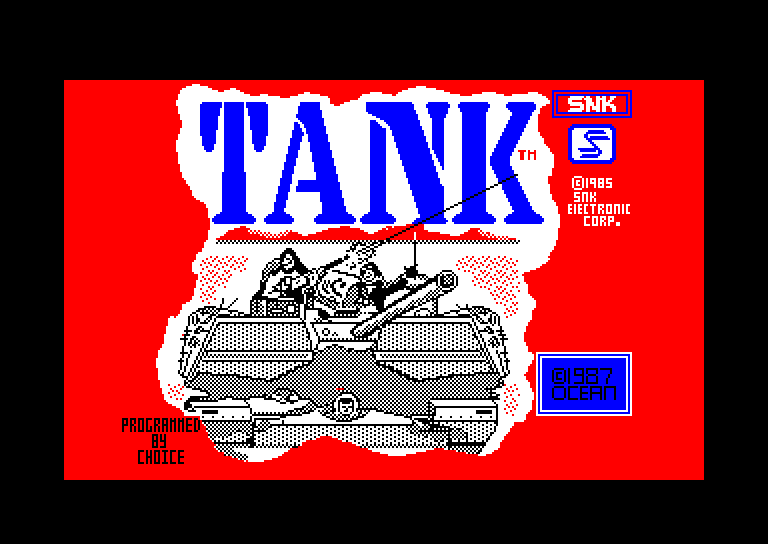 And here is the new one which keeps the original informations : 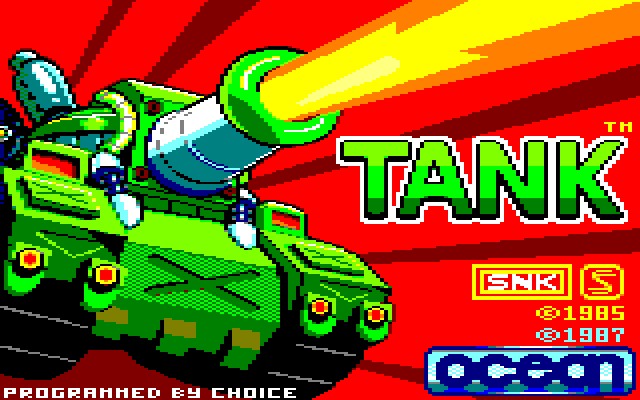 You can download the first issue of the Amstrad CPC ùCPM fanzine for your reading pleasure while you appreciate the end of the day with a lower temperature.

It was created with an Amstrad CPC 6128 with colour screen and gotek drive, with the Micro Design+ software. Illustrations were done with the VIDI digitalizer.

Next issue should be released this fall.