Archives for the month November 2012 of Genesis8 Amstrad Page

The library CPCRSLIB for the SDCC compiler has been updated :

Karateka is the first game by Jordan Mechner (also author of Prince of Persia whose sources have been found a few months ago) on Apple 2, but also on Amstrad CPC.

Karateka was released one week ago on Xbox360 and soon on PS3.

You can see on Youtube the game wholly played by Ataru'75 in 2 parts :

Dimension Z (a MSX group) is working on an Amstrad CPC conversion of the Spectrum game Teodoro No Sabe Volar (Theodore doesnt know how to fly), which was released by the Spanish group RetroWorks in 2010.

You can test the ZX Spectrum version of Teodoro no Sabe Volar online.

The Amstrad CPC is almost finished, its author Pepe Vila is looking for a few more free bytes to pack all he want in the program.

Youtube video of Teodoro No Sabe Volar on MSX

Youtube video of Teodoro No Sabe Volar on ZX Spectrum

Kevin Thacker just released Pluslib for the C compiler SDCC to be able to use the new features of the Amstrad CPC+.

For the moment you are able to use the CPC+ colors and sprites, more functions will come later.

Space Harrier is a well known game by Sega published on Amstrad CPC by Elite in 1986.

In 2004, Space harrier was available on PS2, today Space Harrier 3D is available on your Nintendo 3DS as a download for the eShop.

You can check the longplay video by Xyphoe on Youtube in 2 parts : first part and last part. 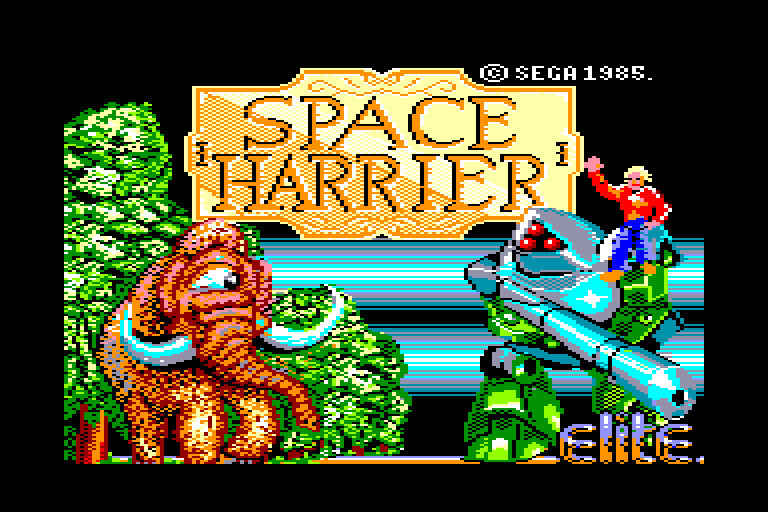 The Oliver twins have a kickstarter page for Dizzy Returns (on PC only though).