As much as we love our Amstrad CPC, the sound we get with the General Instrument AY-3-8912 sound chip isnt the bestone on 8bit computers. Happily it's possible to get a better sound with either a Digiblaster, an Amdrum or a Music Machine.

The first version of the Digiblaster was designed by Face Hugger (Interview of Face Hugger by NoRecess) and printed in the German magazine CPC Amstrad International in issue 8-9/1991. It's a small hardware device plugged into the CPC's printer portto play 8-bit mono sound samples. Joshua made a redesign for better sound quality (electronic printout of Digiblaster v1 and v2 here).Then there is new Digiblaster by Futurs : the SoundPlayer and the SoundPlayer+ (VN96 network included). The SoundPlayer+ was replaced later by the SoundPlayerNG.

The digiblasters v1, v2 and SoundPlayer(+/NG) can be connected to passive mono speakers.

A few months back, Bryce made a redesign with even better sound quality : the Digiblaster v3. You can feed the AY output through the card so that both sound sources are played through the same speakers. The DigiBlaster has been made dual-mono so that both speakers play the sample as is done withthe AY-3-8912 Channel B. The AY and Digiblaster sound levels are balanced. You must use active stereo speakers.

You can write music using the Digiblaster with :

The Amdrum has been made by Cheetah, but it uses the expansion connecter. It can also play 8bit samples like the Digiblaster, and was advertised as a drum synthesiser. You can check the youtube video of the Amdrum being used with the JavaCPC emulator.

A third device which I found on CPCWiki : the Music Machine, using the expansion connector like the Amdrum. Another hardware letting play sound samples, designed by Flare Technology andmanufactured by RAM Electronics. It could record sound with a microphone. 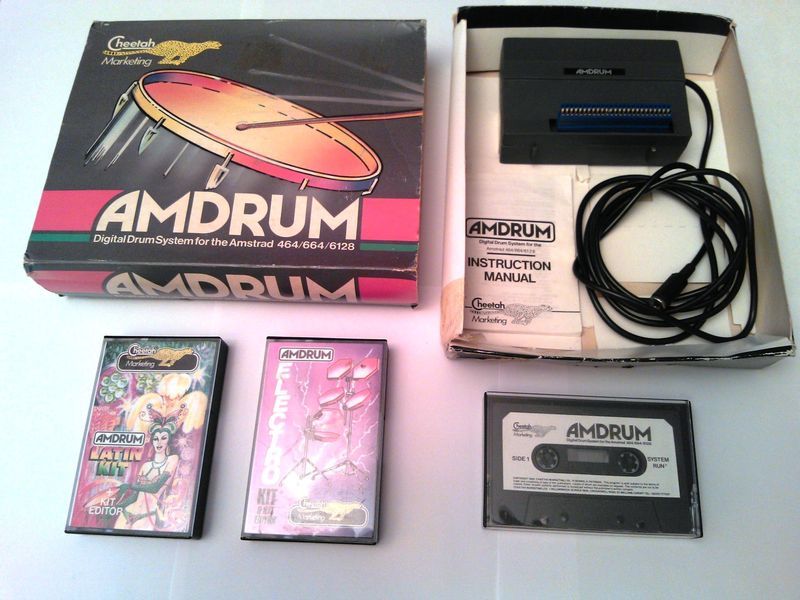