You will find on Phenix Informatique Amstrad CPC games, nothing exceptionnal you would say, but this time they have new loading screens by NinXpe.

The spanish web site Amstrad ESP has changed its address.

SymStudio is an IDE to create a SymbOS program. You can create forms (windows) in a very comfortable way with drag and drop features, write code, use libraries and assemble and compile complete applications, which will be directly transfered to a CPC emulator. Also an image converter and manager is included. Also it has AVI / MPEG video capture and conversion into CPC modes 0/1.

Of course the developer documentation for SymbOS could interest you. 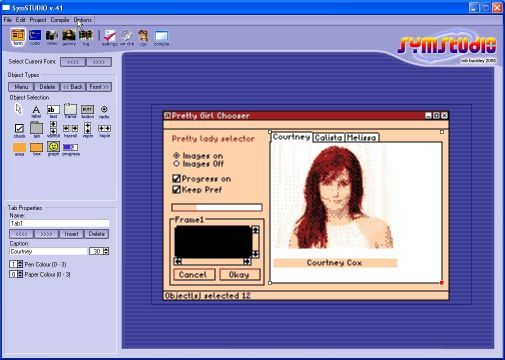 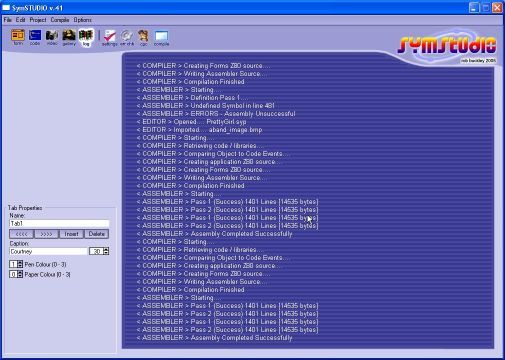 Frappr! is a web site which let show you where sceners are living geographically. You dont need to need to subsribe to add yourself.

Arkos has released at the end of august the Arkos ROM v1.0, you will find below its features :

The ROM has also other useful features like Burn, Load, View, Memory, which should help programmers. With the upcoming v1.1 you will find snashopts transfer from the PC to the CPC. Documentation is included in the ROM where you will find more informations.

Some old news, there is a new emulator for symbian phones, a port of Win-CPC. It's S60-CPC which works at least on Siemens SX1 and Nokia 6600.

The Amstrad.CPC site has changed its address to become now Amstradeus. It's one of the few Amstrad bilingual sites.

One more meeting organised by Eliot in France at Coutances starting from 11th to 13th November 2005.

It's always the same place at "l'Espace Jeunes". Participation fee is 8 € each day, including meals with too much food at unusual hours, rooms with real bed, and even rushing water to clean yourself.

Thanks to MiguelSky, there is an updated spanish FAQ.