Since a few days, the data base of Amstrad CPC programs has some more value with links to CPC Game Reviews and The Amstrad CPC games ressource, and also the covers of the disks and tapes box of the games (given by Michael Rajot (ALL web site), whom I want to thank again. For example, let's see the web page of the Asphalt game.

You will find on CPC Zone a project to create a new and last issue of Amstrad Action on their forums.

The Turbo CPC by Tobias Gubener has been updated, this time with a new graphics mode that is provided by a new version of the system flash V0.47. The new mode increases the pixel rate to 33Mhz (before : 25Mhz), giving the possibbility to display a higher resolution. The old 25Mhz mode is also still available, because the new mode reduces the number of colours to 4096 (12 bits). All files have been added to the the download area of the official C-One website.

Kevin Thacker has released a new port of Contiki for Amstrad CPC. You can download this new port.

Insert the disc and type RUN"CONTIKI"

You will see the OS startup and load some programs. This version is slow and drawing the display is slow too; this is not optimised and uses the firmware for drawing. Clearing the screen is currently done by plotting lots of space characters !

The directory browser doesn't work yet, and none of the internet apps (ftp, webserver) will work.

Kevin will continue to work on this and make the internet programs work with the CPC Booster+. He will then connect his CPC6128 to the internet and host some simple webpages.

Contiki is compiled with Small Device C Compiler (S.D.C.C.). It's a freeware, retargettable, optimizing ANSI - C compiler that targets the Intel 8051, Maxim 80DS390 and the Zilog Z80 based processors. A new version of S.D.C.C. is available since the 12th May 2005.

A new alpha version of the Amstrad CPC emulator DreamCPC for Sega Dreamcast is available.

CPC-Aventure has been updated correcting a few bugs ( CPC-Aventure v1.01). There is a patch to CPC-Aventure if you already got v1.0, so you wont loose your save file.

Flynn, author the WinCPC emulator has released a remake of the Atari 2600 game H.E.R.O. on Amstrad CPC. Below at left a screen from the original Atari 2600 cartridge, and to the right the Amstrad CPC remake. 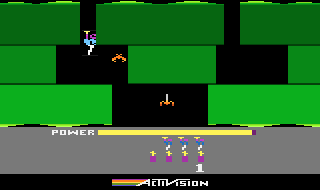 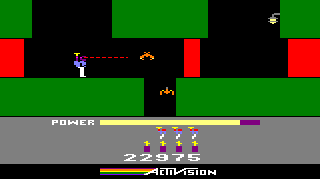 A new version of the Amstrad CPC emulator CoPaCabana for windows and PalmOS is available. This version adds amongst other things, support for snapshots (.SNA) and quick loading/saving.

CpcAlive, an Amstrad CPC emulator, has been updated.

CPC-Aventure is a new graphical adventure game for Amstrad CPC by Christophe PETIT and Ludovic DEPLANQUE. You can download CPC-Aventure here or on the original site.